August 29, 2016
In San Antonio today, 29-year-old John Michael Rymers was sentenced to 18 years in federal prison for receipt of child pornography announced United States Attorney Richard L. Durbin, Jr., and Federal Bureau of Investigation (FBI) Special Agent in Charge Christopher Combs, San Antonio Division.
In addition to the prison term, United States District Judge Fred Biery ordered that Rymers pay $20,000 restitution to his victims and be placed under supervised release for the remainder of his life after completing his prison term.
On October 23, 2015, FBI agents executed a search warrant at the defendant’s residence and seized a laptop computer and related media.  A forensics examination on the seized items revealed the presence of approximately 150 videos and 1,150 images depicting child pornography.
According to court records, Rymers has engaged in the sexual exploitation of minors over the past six years including attempts to hack into the computer systems of minors as young as 14 in order to obtain nude and sexually explicit images and videos of these individuals; and, using false personas, mainly of young women, in order to persuade, coerce and entice minor females to create and send to him sexually explicit images and videos of themselves. 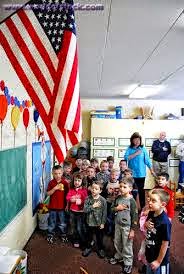 Rymers has remained in custody since being arrested in October 2015.  On May 12, 2016, Rymers pleaded guilty to one count of receipt of child pornography.
This case was investigated by the FBI’s San Antonio Child Exploitation Task Force.  Assistant United States Attorney Tracy Thompson prosecuted this case on behalf of the Government.
This case was brought as part of Project Safe Childhood (PSC), a nationwide initiative launched in May 2006 by the Department of Justice to combat the growing epidemic of child sexual exploitation and abuse. Led by the United States Attorneys' Offices and the Criminal Division's Child Exploitation and Obscenity Section, PSC marshals federal, state, and local resources to locate, apprehend, and prosecute individuals who sexually exploit children, and to identify and rescue victims. For more information about PSC, please visit http://www.justice.gov/psc/.  For more information about Internet safety education, please visithttp://www.justice.gov/psc/resources.html.