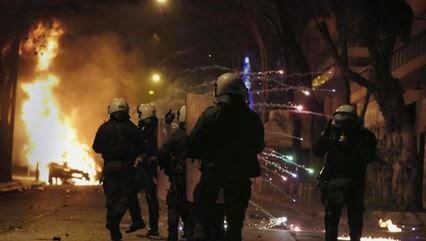 A new study from a Mexican academic seeks to establish under what circumstances Mexican voters punish politicians for insecurity, offering valuable insight into a major impediment to the nation's democratic accountability.

Sandra Ley's new paper, "Electoral Accountability in the Midst of Criminal Violence: Evidence from Mexico," starts from a premise that is both true and unfortunate: Mexican politicians are rarely held to account for the declines in security within their jurisdiction. This seems to contradict the natural reaction of any democratic electorate, and the challenge is further compounded in Mexico, where politicians are often not just unable to cope with security problems, but also active agents of insecurity.

Analyzing mayoral and gubernatorial elections during the Felipe Calderón era (2006-2012), and utilizing government tallies of organized crime-related violence, Ley concludes that voters were willing to vote out the incumbent party only when two conditions were met: When the incumbent party was President Calderón's National Action Party (PAN), and when the increase in violence was linked to organized crime. If either of those two factors were absent, the voters showed no significant tendency to vote out the incumbents.

The effects were further exaggerated when violence was directed at public officials, especially during electoral campaigns. According to Ley, a political science professor from Mexico City's Centro de Investigación y Docencia Económicas (CIDE), "For every violent event perpetrated against political actors over the course of the electoral process in a given municipality, the PAN's vote share decreases by 3.6 percentage points."

According to the author, this dynamic is a product of voters attempting to find "cognitive shortcuts" in determining who to blame. A problem as complicated as organized crime has multiple relevant actors -- for instance, the military, three levels of police, three levels of elected politicians, the judiciary, and the groups themselves -- and voters understandably struggle to determine who deserves the blame.
This struggle is further complicated as increasing insecurity becomes a political hot potato. Local officials can seek support from the state when they are unable to handle things along, and state officials can do the same with the federal government, after which every level has a plausible scapegoat for its own failings.

But only when the circumstances establish the simplest causality—when there is a great deal of organized crime-related violence, and only one party could possibly be to blame—are voters collectively capable of channeling the accountability toward the politicians.

InSight Crime Analysis
In some ways, the two necessary conditions for electoral accountability are entirely logical. Unlike regular street crime, organized crime typically has an active political component, in which the most powerful groups are protected. It therefore makes sense for voters to show more willingness to punish politicians when organized crime-related violence spikes.

As for the need for political alignment as a precondition, Calderón built his presidency on an anti-organized crime platform, so it is not surprising that he and his fellow PAN members suffered as the shortcomings of their approach became manifest. As Ley writes,

Overall, the results suggest that when a party attempts to "own" crime but fails to provide security, voters will punish its candidates at the polls, and even more so when political alignment facilitates responsibility attribution for poor security performance.

The problem is that merely limiting the blame to PAN politicians was woefully insufficient in the Calderón era. The Institutional Revolutionary Party, or PRI, held more than half of the statehouses and most of the nation's municipalities, so it retained ample influence over the nation's political system despite operating under a PAN presidency. Holding only PAN officials to account essentially gave a free pass to PRI officials, who collectively wielded as much or more influence over the political system's strategy to deal with organized crime.

Not coincidentally, the Calderón years brought some disturbing examples of PRI officials being rewarded at the ballot box despite overseeing security disasters. In 2011, former Coahuila governor Humberto Moreira was succeeded by another member of the PRI—his own brother, no less—despite Moreira being embroiled in a wide-ranging investigation stemming from allegations that he allowed the Zetas to take over the state.

It is possible that changes in the political dynamics (there is unlikely to be another president who bets his reputation on an iron fist on security matters) and in the political rules (as of 2014, reelection is permitted at the municipal level) may undercut the strength of Ley's conclusions. It is also possible that a catalog of scandals ensnaring governors from all parties may increase the public's willingness to look past political alignment.

But there's little evidence of this just yet. On the contrary, it seems that the arrival of a PRI president was the final straw for PRI gubernatorial candidates in Chihuahua, Durango, Veracruz, and Tamaulipas. In each of these states, the PRI retained the statehouse during the Calderón years, despite the governor having overseen a substantial deterioration in security, with longstanding and credible allegations of PRI officials colluding with criminal groups. In each of these states, the PRI gubernatorial candidate lost in 2016, now with Peña Nieto serving as president.

Unfortunately, the absence of consistent electoral accountability is a big part of the persistence of violence in Mexico. The incentives for politicians, who are generally motivated by their next election more than anything, and their parties are too disconnected from their performance on security. There is no certain punishment for the governor who sells his state to one criminal gang, or who allows his chief of police to protect one gang.

Until that changes, until the narrow conditions Ley identifies fall away, it is hard to imagine that Mexican politicians will be motivated by the public interest on security matter.