July 20, 2016
MEXICO CITY –  Protected by the newly signed NAFTA agreement, in the 90s American car makers flocked to Mexico and became the main engine behind its steady rise to the top tier of the region’s car-making nations.

For the better part of the last decade, a $26 billion investment frenzy fueled the sector, pushing Mexico to become the world's fourth biggest car exporter in the world.

There are signs, however, that Latin America's auto maker powerhouse may be running into a speed bump. According to the sector's umbrella organization, AMIA, production has gone down more than 3 percent this year, and overseas sales have dropped by almost 6 percent.

American auto makers are among those suffering the worst drop, with Ford, which has set roots  mostly in the country's north, lowering production for export by more than 35 percent.

Chrysler, which has plants in Saltillo and Toluca, dropped production by 28,4 percent in the first semester of 2016.

Neither responded to a Fox News Latino request for comment.

It's the biggest lull in the industry since 2009, something especially worrisome in a country where cars and trucks account for almost a quarter of exports. 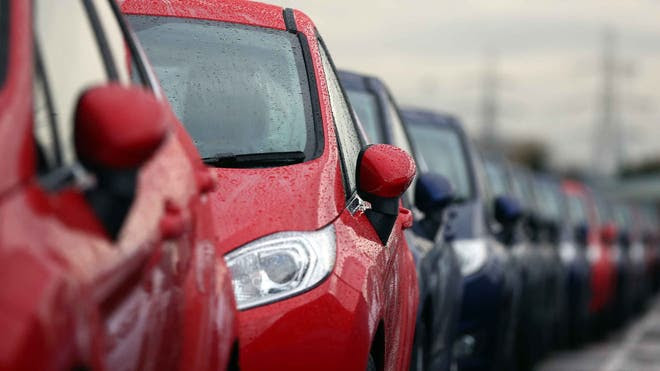 Eduardo García, editor of the business website Sentido Común, referred to the drop as a "significant development," considering how the sector has developed over the past few years.

“Mexico has become a very important global platform in the car manufacturing industry, with a highly qualified labor force,” he said.

Observers largely agree upon the causes of the sudden weakening of the sector: both the global economy and the record-low oil prices. The latter is especially significant in the United States, by far the biggest importer of Mexican cars.

Exports more than tripled between 2001 and 2014, up to almost $90 billion per year — but the car boom was mostly fueled by smaller cars that guzzle up less gas, models that rarely fare well when oil prices are low.

Some observers say it's still too early to tell whether the current lull in production and exports heralds a more permanently weak Mexican car industry. Car makers continue to invest billions of dollars each year in Mexico, as do secondary manufacturers.

Just last April, Ford announced a massive $1.6 billion investment in a new small cars plant, provoking the ire of Republican presidential hopeful Donald Trump. And early this month, tire manufacturer Michelin said it would move forward with the construction of a new, $500 million plant in the city of León, in Central Mexico.

“It's still too early to draw any conclusions about the long-term situation of Mexico's car industry,” deputy director Manuel Molano of the Mexican Institute for Competitivity (IMCO), a Mexico City think tank, told FNL.

“Changes in the mobility market are a complicated issue,” he added. “There are signs that Americans are changing their mobility behavior, that the younger generation in urban areas is less inclined to buy a car, which could mean that car sales in the U.S. have reached a ceiling. But we could just be looking at a temporary drop in sales and production.”

Moreover, even as exports are doing poorly, the domestic market is booming. Car sales in Mexico represent less than half of the total output of the car makers, but have risen to record heights in recent years.

For American brands Dodge and Ram Trucks, marketed by Fiat Chrysler (FCA), June was the best month of 2016. General Motors has also sold steadily more cars in Mexico as the year progressed.

Indeed, some experts predict that Mexico's car production will rise to about five million cars yearly by 2020, over a million and a half more than last year's record-breaking 3.4 million units.

“Even though it represents maybe just a third of total production, the domestic market is very healthy,” Sentido Común's Eduardo García told FNL. “And investment also doesn't show signs of slowing down any time soon.”


Jan-Albert Hootsen is a freelance writer based in Mexico City.