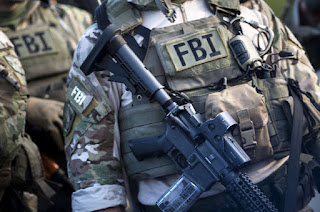 With as many as 1,000 active cases, Fox News has learned at least 48 ISIS suspects are considered so high-risk that the FBI is using its elite tracking squads, known as the mobile surveillance teams or MSTs, to track them domestically.

“There is a very significant number of people that are on suspicious watch lists, under surveillance,” said Sen. Dan Coats (R-Indiana).

Coats, who sits on the Select Committee on Intelligence, would not comment on specifics, but said the around-the-clock surveillance is a major commitment for the bureau. “The FBI together with law enforcement agencies across the country are engaged in this. It takes enormous amount of manpower to do this on a 24/7 basis. It takes enormous amount of money to do this,” Coats explained.

These elite FBI teams are reserved for espionage, mob violence and high-priority terrorism cases, like a joint terrorism task force case last June, where a 26-year-old suspect, Usaama Rahim, was killed outside a Massachusetts CVS. When a police officer and FBI agent tried to question him, the Boston police commissioner said, Rahim threatened them with a knife, and was shot dead.


On June 2, law enforcement officials lift the knife Usaama Rahim brandished toward a police officer and an FBI agent.Photo: AP
With at least a dozen agents assigned to each case, providing 24/7 coverage, this high level of surveillance reflects the severe risk associated with suspects most likely to attempt copycat attacks after Paris.

“It is a big resource drain. Yes it is. Almost overwhelming,” Coats said when asked about the demand placed on the FBI. “There will be a lot of people over the Thanksgiving weekend that will not be enjoying turkey with their family. They’ll be out there providing security for the American people and the threat is particularly high during this holiday period.”

One of the lessons of Paris is that the radicalization process can be swift. According to published reports, friends of the female suspect who was killed in the siege of Saint-Denis, Hasna Ait Boulahcen, abandoned her party life only a month before joining her cousin, Abdelhamid Abaaoud, the commander of the plot on the ground. He was also killed in the siege.

Modal Trigger
On June 30, 2014, ISIS fighters parade through Raqqa, Syria, the nominal capital of the Islamic State’s caliphate.Photo: Reuters
FBI Director James Comey has consistently drawn attention to this phenomenon, calling it the “flash to bang,” that the time between radicalization and crossing the threshold to violent action can be very short. Last week, in a rare public appearance with Attorney General Loretta Lynch, Comey would only say that “dozens” of suspected radicals have been under “tight surveillance.”

“Together we are watching people of concern using all of our lawful tools. We will keep watching them and if we see something, we will work to disrupt it,” Comey said.

Contacted by Fox News, an FBI spokesman had no comment on the high-risk cases, nor the use of elite surveillance teams.