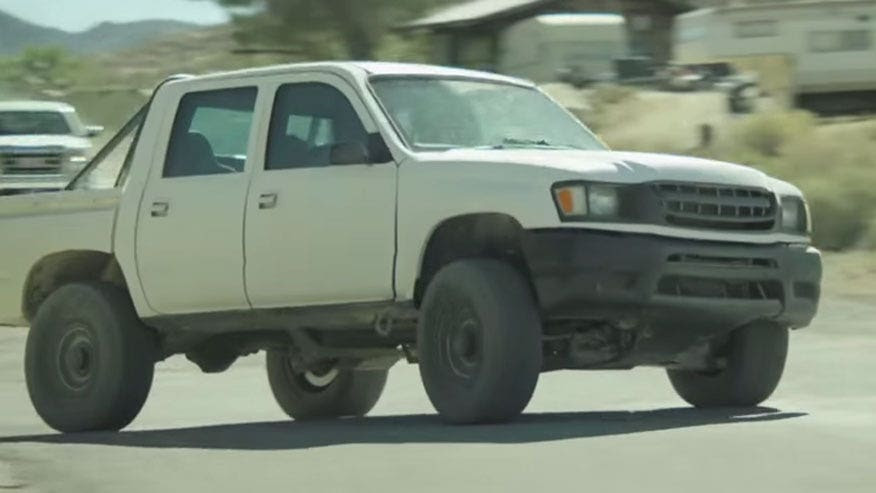 (Navistar)
If you’ve ever seen videos from an African or Asian warzone, you’ve probably noticed most of them have something in common: midsize pickups. Lots of them.
Usually Toyotas, but increasingly Chinese, the typically white, crew cab trucks are a favorite mode of transportation for both combatants and folks just going about their business in developing nations.
So, if you’re from out of town and looking to fit in, say on a secret recon mission with your special ops team, they’re a good way to go, but not exactly military spec. That’s why Navistar has developed the SOTV-B, a purpose-built tactical vehicle that was designed to look like your average pickup, but isn’t. 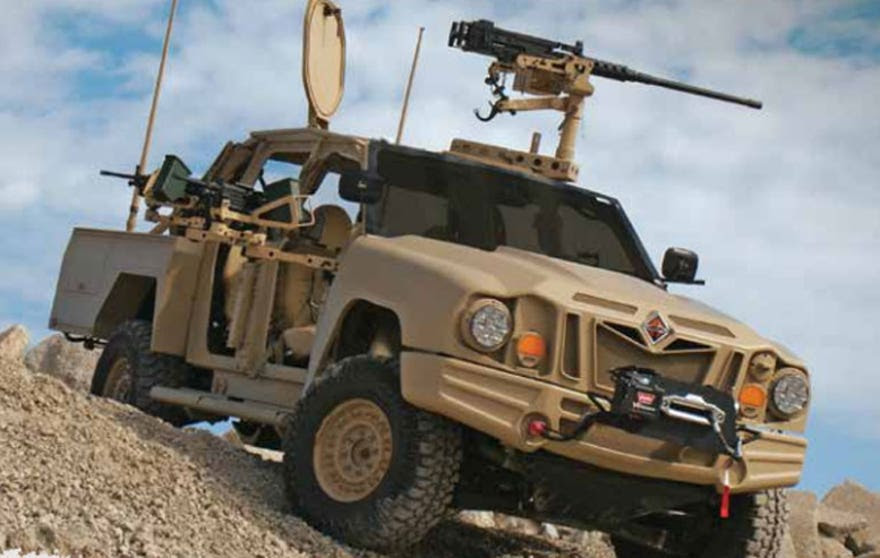 Expand / Contract
(Navistar)
Based on the SOTV-A, which wears a more official uniform, the SOTV-B is fitted with the most generic bodywork imaginable. There’s nothing distinguishing about it at all, but if you’re still concerned the locals have gotten wise to your presence, the body panels are modular and can be easily swapped out for a quick change in appearance. 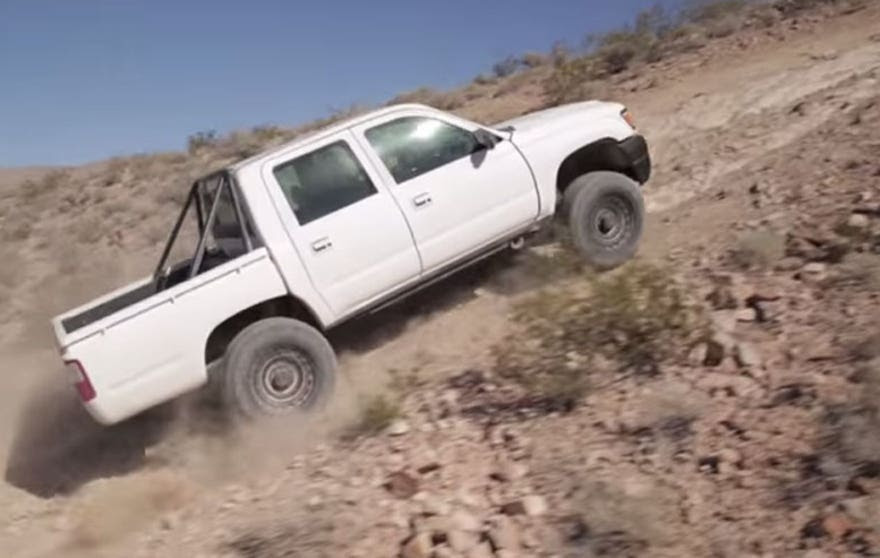 Expand / Contract
(Navistar)
Regardless of what it’s wearing, the SOTV-B skin hides some serious equipment underneath. While it sports the profile of a regular truck, it rides on a chassis that features an armored safety cell, C4ISR electronics suite, fully-independent Dynatrac independent suspension, 4x4 system with transfer case, Allison 6-speed transmission, and a 4.5-liter 4-cylinder Cummins turbo diesel engine with 250 hp and 590 lb-ft of torque.
That’s heavy duty hauling power, and with a 3,000-pound payload capacity and gross vehicle weight rating of 12,500 pounds, the SOTV-B needs it. It can also ford two feet of water and climb up a 60 degree slope. And if that’s still not enough to get into or out of a sticky situation, the 78-inch wide truck fits inside a Chinook helicopter, so just call HQ for an airlift and you’re good to go.
Believe it or not, Navistar isn’t the only company competing in this segment. A couple of years ago, Battelle scored a contract to supply Special Operations Command with 200 modified Toyota trucks like the ones SOTV-B is trying to imitate. So you might want to think about putting one of those antenna balls on your team's truck to make it easier to pick out in the top secret motor pool.
Or, maybe not.