This partnership according to McClendon looks to provide stable employment for justice-involved men and women who have turned their lives around and who are seeking a life of freedom through hope, education, and employment.


Concerned Citizens of South-Central Los Angeles expects to train hundreds of formerly incarcerated men and women in the next 18 months via its nonprofit prisoner reentry job training program and provide a path to permanent employment with local California businesses who have agreed to take on these individuals once they are trained in everything from administrative duties, security, soft computer skills, business operations, vehicle operations, cultivation and more.


According to McClendon “California has always been a State of second chances and we welcome the opportunity to reinvest in its people by providing formal education combined with job placement which will help ensure that our trained reentry population can become productive members of our society and redefine themselves through hard work and earning the respect of their neighbors. CCSCLA is committed to making those opportunities possible, and we are grateful to have committed partners such as RyPul Threat Assessments, BlacTree Inc, and White Rhino Group Inc invested in this effort.”


Warren Pulley the owner of RyPul Threat Assessments stated “As a former Los Angeles Police Officer, I appreciate Noreen McClendon’s vision and her commitment to bringing adult education, job training, stable income, and guaranteed employment back into inner-city Los Angeles communities, these types of programs help support the growth of stable families and communities and go a long way towards lower crime rates and poverty.

RyPul Threat Assessments will aid CCSCLA by providing hands-on training in online security protocols, media relations as well as public information and business communications. We look forward to this great opportunity and working with Concerned Citizens of South-Central Los Angeles.

The Concerned Citizens of South-Central Los Angeles program will provide men and women on probation or parole with immediate, transitional job training and after completion of such training with employment from companies all across the State of California who has agreed to employ this population without reservations. CCSCLA’s program reentry candidates will also receive courses in managing daily life skills, finances, behavior therapy, and other services as the program determines. At the conclusion of the training period, the reentry applicant will be placed in permanent employment around the State of California.

Bryan Olivier Owner and CEO of White Rhino Group, a Los Angeles based private security company stated that “I am excited to be a part of such a wonderful initiative, my company White Rhino Group will be providing security guard training, vehicle operation and facility access control training for this program and we look forward to supporting Concerned Citizens of South Central Los Angeles in helping to reinforce positive stereotypes coming out of the prisoner reentry population.”


In a joint statement both Jumanne McDaniel, CEO of BlacTree Inc and Les Danner Jr, BlacTree, COO stated that “Being able to remove barriers to employment for the entire prisoner reentry population is key to ensuring the successful reintegration of minorities back into the workforce and society at large,  BlacTree Inc,  has agreed to become the initial sponsor of employment for the firsts candidates to graduate CCSCLA’s jobs training and reentry program, and BlacTree vows to continue offering employment opportunities to graduates of this course as positions become available within our company.”


Executive Director Noreen McClendon stated that she has formed alliances with State agencies, public companies, and the private sector who have committed to hiring this marginalized and underserved portion of the California population.


McClendon states that she has personally been committed to developing programs for the reentry population and fighting for prison reform projects for the past two decades and that she believes this project will be one of the best end-to-end training, education, and employment programs to focus on the State of California prison reentry population in decades.

Jeenha Hu, CEO of Paxton Company stated “We’ve witnessed many people get wrongfully incarcerated or be given unreasonably long sentence terms making it difficult for them to assimilate back into society. I want us to create a second chance for these people to be productive and to gain pride in their new life.  Paxton Company’s collaboration with BlacTree Inc will be the beginning of a new project that helps and facilitates jobs through new agriculture developments, manufacturing essentials, security training and jobs, and many other traditional factories, all developed throughout the United States. This creates a solid foreground for investors to put money into something that will provide jobs for many people from a variety of backgrounds.


McClendon states that she continues to seek partnerships with businesses throughout the State of California who are seeking to give back to their communities and will gladly accept the offer of any business which provides job placement to any of our reentry graduates. “These types of programs make every community safer and helps all California’s prosper in the long term.” according to McClendon. 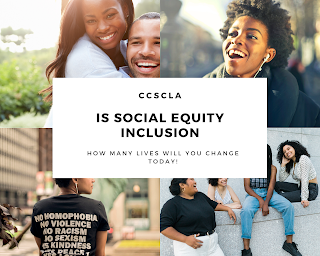 For ways on how you can get involved, visit www.ccscla.org to connect with Executive Director Noreen McClendon of Concerned Citizens of South-Central Los Angeles. CCSCLA accepts “tax-deductible” donations to help fund our prisoner reentry job training and education programs. We also accept a donation of your generous time and effort. CCSCLA can also be found online on Instagram, Twitter, LinkedIn, and Facebook.