Los Angeles, CA., RyPul Threat Assessments is now accepting resumes for quite professionals whom possess the knowledge, background and skillset to join our team of Executive Protection Professionals in providing excellent and exceptional services for C-Suite level executives in one of the United States leading research and development companies.

We are also seeking armed and unarmed professional to join our Corporate and Residential Security teams based in Los Angeles, CA. 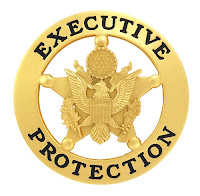 Executive Protection Agents must possess an active CCW, or be H.R. 218 qualified no exceptions

Must possess a current CCW or be HR218 qualified

Must have a valid passport: flexibility to travel domestically or internationally
Must have a valid driver’s license
Have attended a specialized Government or Law Enforcement driving course
Must have attended and been certified by a civilian personal protection course or
Must have attended a DOS WPS protective specialist course
Candidate must have the ability to work independently with little to no supervision
Candidate must be reliable, punctual, and possess a professional demeanor
Must have great communication skills
Must be flexible and willing to work overtime if necessary
Candidate must not possess a criminal history/background
Must be in good physical health
The ideal candidate will have military and/or law enforcement experience
Can operate in dynamic and fast-paced situations
Must possess good time management skills including being punctual and reliable
Be authorized to Work in the United States
Please submit your cover letter, resume, availability and contact information
Required experience: 3 years minimum
Required licenses or certifications will be verified, checked and screened
Email: contact@rypulassessments.com
at August 09, 2017 No comments:
Email ThisBlogThis!Share to TwitterShare to FacebookShare to Pinterest
Labels: bodyguard, executive protection agent jobs, executive protection employments, los angeles california, personal security, personal security specialists, protective specialist

French anti-terror officials have launched an investigation after a man known to the security services shot at a police officer in northern Paris before travelling across the city to Orly airport, where he was killed following an altercation with another officer.

The attacker was said to be a radicalised Muslim who appeared on a security watchlist, police sources told Reuters. France’s anti-terrorism prosecutor later confirmed that an inquiry had been opened into the incident on Saturday morning.

The suspect was identified by a security official as Ziyed Ben Belgacem, a 39-year-old born in France, the Associated Press reported.

Prosecutors said the suspect’s house was among scores searched in November 2015 in the immediate aftermath of terror attacks in Paris in which 130 people were killed. Those searches targeted people with suspected radical leanings.

The suspect’s father and brother were detained by police for questioning on Saturday.

The French president, François Hollande, said the investigation would determine whether the Orly attacker “had a terrorist plot behind him”.

The French defence minister, Jean-Yves Le Drian, said the attacker had assaulted a patrol of three air force soldiers, one of whom was a woman.

The attacker wrestled her to the floor and tried to take her weapon, but she was able to keep hold of it. The two other soldiers then opened fire to protect her and passengers in the airport, he said.

A trolley stretcher is wheeled into Orly airport southern terminal after the shooting.
Facebook Twitter Pinterest
A stretcher is wheeled into Orly airport’s southern terminal after the shooting. Photograph: Christian Hartmann/Reuters
The air force personnel were deployed as part of Sentinelle, a military operation launched in January 2015 after the Paris terrorist attacks to support the police and protect sensitive sites.

The interior minister, Bruno Le Roux, said the man shot dead at the airport was linked with a car-jacking incident earlier on Saturday in a northern suburb of Paris. He said the man had shot at a female police officer after being stopped for speeding before fleeing the scene and stealing a car at gunpoint.

Le Roux said the officer had not been badly injured.

No explosive devices were found on the dead man’s body, an interior ministry spokesman said.

About 3,000 people were evacuated from both terminals at Orly and all flights were suspended, with some diverted to Charles de Gaulle airport. Some flights began operating again early Saturday afternoon. No one else was injured in the Orly incident.

France remains under a state of emergency in the wake of the attack on the Bataclan music venue in November 2015 in which jihadi gunmen killed 90 people, and the Nice truck attack last July that claimed the lives of 84 people and injured hundreds more.

On a visit to Paris on Saturday the Duke and Duchess of Cambridge met survivors of the Bataclan attack, praising their bravery and the “amazing progress” of their recovery.

The royal couple met a 25-year-old, known only as Jessica, who was shot seven times in the leg, hip and back as she dined with friends at La Belle Equipe restaurant, and Kevin, 28, a Bataclan concert-goer shot in the leg.

The couple visited the hospital where the pair have been treated as reports of the incident at Orly airport emerged. A Kensington Palace spokesman said the royal visit was unaffected.

By Amy Friedenberger amy.friedenberger@roanoke.com
One security service that many police departments offer, but that often goes unnoticed, is off-duty work.
Officers direct traffic near construction sites. They greet people coming in and out of bars. They walk the Berglund Center’s concourse during concerts.
They offer additional security at stores, serving as a deterrent to would-be thieves. Last month, when someone photographed a uniformed Roanoke officer outside Wal-Mart on Dale Avenue Southeast apparently sleeping in his patrol car and posted it on Facebook, people chimed in with a range of responses. Some expressed sympathy that officers work long hours, others questioned whether he was on duty — and, if not, what were the policies on uniforms and vehicles?
The Roanoke Police Department has said the officer was working off duty at Wal-Mart but wouldn’t answer additional questions related to the incident, citing it as a personnel matter.  Lt. Jeffrey Newman said people often don’t notice off-duty officers because “much of it goes off without a hitch.” He said officers put in thousands of hours of off-duty and extra-duty work a year, with assignments nearly every day.  Extra-duty employment is when an officer is hired to work public events, such as school basketball or football games or the upcoming Blue Ridge Marathon. Private entities hire officers to work in an off-duty capacity.
“We’re increasing public safety and providing quality customer service to many businesses, houses of worship and events that hire us,” Newman said.
Newman said officers are hired not just for theft prevention, but also when businesses are dealing with an employee being harassed, or threats of violence.
Newman said officers, whether working on or off duty, are bound by department policies and procedures. Any incidents that occur off duty are reviewed against those policies.
Sleeping on the job, for example, is prohibited, according to the department’s fitness for duty policy.
Any issues pertaining to whether the city’s liability insurance is applied are also reviewed after considering the circumstances of the incident, Newman said.  Officers can be hired for $43 an hour and supervisors for $48. A request made less than 48 hours before the service is needed costs $59 an hour, according to the city’s online request form. Employers can request an officer be in uniform or not in uniform, and according to policy, those in uniform are required to wear a body camera. The use of a police vehicle is approved on a case-by-case basis considering the needs of the assignment and availability of vehicles.
“Off duty is a tremendous blessing to many of our officers financially, because let’s face it, police officers are not exactly paid the best,” Newman said.  Seth Stoughton, an assistant professor at the University of South Carolina School of Law and a former police officer, said the practice deserves closer examination to develop standard best practices. He published a draft of a paper last year reviewing responses to survey questions he received from 162 law enforcement agencies.
“I was surprised by the sheer variation in policies,” he said. “Agencies are all over the place in how they regulate moonlighting.”  Some agencies require uniforms while working off duty, while some don’t or don’t specify in their policies, he found. Agencies also varied on whether they tracked the number of hours officers work for private employers.  Locally, for example, while Roanoke County and Salem’s policies limit the number of hours an officer can work off duty in a week, Roanoke’s policy does not.
Straight Street, a downtown Roanoke ministry that provides services to children and teens, frequently hires off-duty officers for certain events, said its director, Keith Farmer.
“It means a lot to have officers there for security, but also in a friendly way for the kids,” Farmer said. “It’s been a huge blessing to have them.”
at March 20, 2017 No comments:
Email ThisBlogThis!Share to TwitterShare to FacebookShare to Pinterest
Labels: personal security, rypul threat assessments

Currency Protection and Logistics for Your Marijuana Related Business 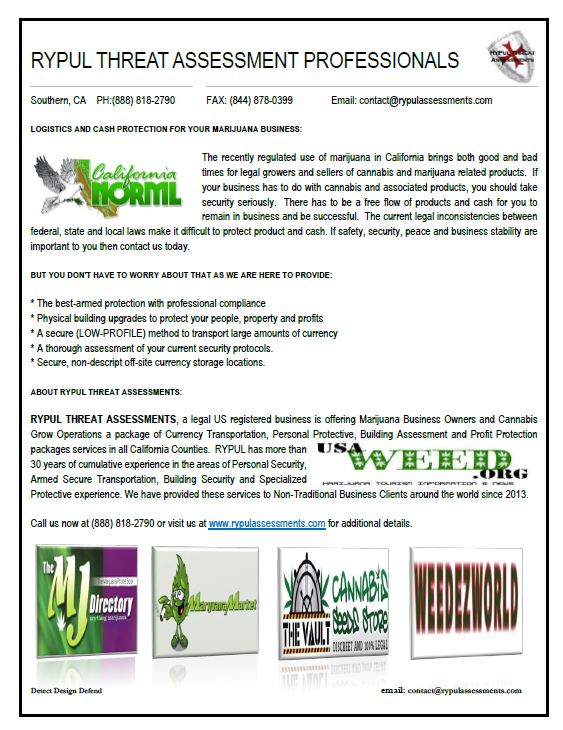