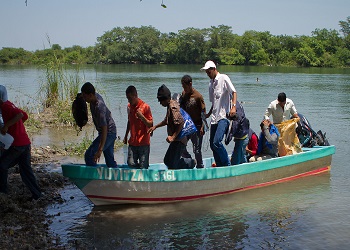 Central American undocumented migrants are shifting to maritime transportation, according to a recent report, likely as a result of Mexico's crackdown on land routes, a trend that would likely increase should the US-Mexico border wall be extended.

An investigative report by El País shows that Central American migrants are increasingly boarding small boats to travel from Guatemala's Ocós coastal municipality to the Mazatán municipality in the Mexican state of Chiapas.

Smugglers charge between $400 and $800 per migrant, according to the Spanish news media. Some migrants are opting to make this six to eight hour journey rather than attempt to cross the border between Mexico and Guatemala, an area which has become much more of a focus for Mexican law enforcement cracking down on undocumented migrants.

Every day, Ocós witnesses three or four vessels carrying around 15 to 20 migrants along this maritime route, according to a local official interviewed by El País. This route has traditionally been used by the Mexican trafficking group los Zetas to smuggle drugs, which has now reportedly diversified its portfolio with human smuggling.

Meanwhile, on March 13, 60 US senators signed an open letter warning of the potential adverse consequences of the preliminary 2018 budget proposal for maritime interdiction efforts. The proposed budget made no mention of the coast guard, according to the New York Times, but it nonetheless spurred fears of budget cuts for the coast guard in order to help strengthen security along the US-Mexico border and build a wall.

InSight Crime Analysis
Following the 2014 humanitarian crisis caused by the arrival of tens of thousands of undocumented children to the US-Mexico border, Mexico began cracking down on migrants travelling north through its territory, in large part due to pressure from the US. As a result, security was reinforced along its extremely porous southern border with Guatemala. Along with creating adverse consequences for the safety of migrants targeted by organized crime, the crackdown may well have led migrants to adapt and turn to maritime routes, as reported by El País.

SEE ALSO: Coverage of Human Smuggling
Should President Donald Trump's now infamous wall be built, the same trend could repeat itself along Mexico's border with the United States. There is little reason to believe that criminal groups would not open drug trafficking maritime routes from Mexico to the United States to human smuggling, given the criminal profits to be made, or that migrants would not adapt and increasingly turn to maritime routes.

Moreover, this trend would likely be reinforced by cuts to the US Coast Guard's budget to help finance the construction of the wall. According to the New York Times, the Coast Guard stopped more than 6,000 undocumented migrants and seized 200 metric tons of cocaine during the 2016 fiscal year. The open letter from the US Senators referenced above says that the US Coast Guard intercepts more cocaine at sea than what is seized at ports of entry and amongst all other elements of domestic law enformcement combined.

What are your thoughts? Click here to send InSight Crime your comments.

We also encourage readers to copy and distribute our work for non-commercial purposes, provided that it is attributed to InSight Crime in the byline, with a link to the original at both the top and bottom of the article. Check the  Creative Commons website for more details of how to share our work, and please send us an email if you use an article.
at March 30, 2017 No comments:
Email ThisBlogThis!Share to TwitterShare to FacebookShare to Pinterest
Labels: defense experts, federal police investigations, high threat protection, kidnap recovery specialist, militants rypul threat assessments, military application, national security

LOS ANGELES - July 18, 2016 -RyPul -- RyPul Threat Assessments, a U.S. based security company has a emerging and current need for Spanish Speaking Crisis and Hostage Negotiators for contract work in Central and South America.  If you have the following skill sets or have knowledge of a professional that meets the following criteria please have them contact us today for additional information.

RyPul Threat Assessments has a emerging current need for Spanish Speaking Crisis and Hostage Negotiators for contract work in Central and South America. 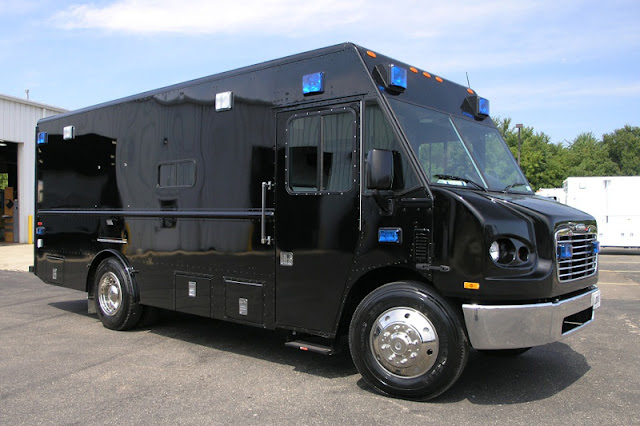 Must have a working knowledge of:


The Tactical Use of Negotiators, Team Structure During Crisis Events, Basics of Negotiating, Use of Social Media During a Crisis Event,Tactical Communication Skills, Psychology of Negotiations, Knowledge Terrorism and the Negotiating with Terror Suspects, Use of Case Studies to Achieve Peaceful Resolutions, Suicide Intervention Protocols, The Resolution of Crisis and Dealing With The Aftermath of Negotiations.

Send your resume to contact@rypulassessments.com