As if the news that resurrected anthrax from thawed-out reindeer wasn't bad enough, increasingly warming temperatures are prompting renewed fears that permafrost could thaw enough to unleash smallbox from remote Russian cemeteries.

As The Siberian Times reports, this year the permafrost melt has been three times more extreme than usual above the Arctic Circle, causing erosion near graveyards of a town where smallpox wiped out 40 percent of the population decades ago.

Yet, some scientists argue that it's not the graves we should be worried about. 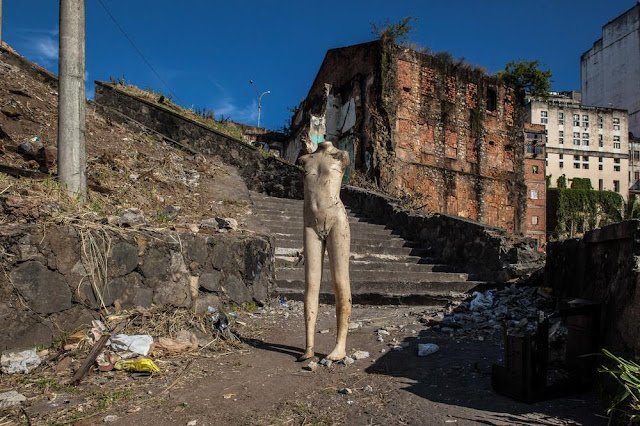 Scientists from Russia's Virology and Biotechnology Center (or Vector) in Novosibirsk are investigating the bodies, some of which show bone sores associated with smallpox. Fortunately, only fragments of the strain’s DNA were found, rather than any evidence of surviving smallpox. However, the center plans to conduct more research on "deeper burials" in the future, just to make sure. So far, luckily, that's been the case for years, as another expedition in 2012 found only "fragments" as well.

The effects would be devastating if it ever got out. Around 300 million people died from smallpox within the last century alone. But it's also a rare example of a disease that's been "completely" eradicated, as the last wild case of it showed up in Somalia in 1977. Even most of the stocks from lab studies are gone, with the only known ones shelved away in Koltsovo (just a few miles outside of Novosibirsk, appropriately enough) and the Centers for Disease Control and Prevention (CDC) in Atlanta, Georgia.

Scientists have been worried about its resurgence from graveyard thaws for a while. Back in 2002, Science magazine was telling much of the same tale, complete with gruesome details about digging up young, mummified smallpox victims, finding the pustules, and drenching the area with disinfectant so no one would be able to resurrect the disease.

In another piece from The Siberian Times, Sergey Netesov, a professor at Novosibirsk State University and the part-time chief scientist at the Vector, emphasized that he's less worried about exposure to the virus than infectious disease-carrying rodents infecting immunodeficient people, such as HIV patients.

Netesov, who was one of the first people to start checking the Siberian bodies for live smallpox in 1993, believes the worry about the thawing graveyards is overblown.

Netesov notes that the tombs in northern Siberia all lie very close to the surface, and the increasing extreme thaws paired with the usual extreme freezes "reduces the number of viable viruses from five to tenfold."

In a statement on Sunday, in the wake of the anthrax outbreak, Netesov reaffirmed that only "fragments" of smallpox DNA had been found. He added, however, that no one's supposed to be going near the sites with anthrax and smallpox victims anyway, but the region's harsh climate has often swept away the wooden fences originally erected to keep snoopers and livestock out. Even then, there's a danger of other diseases getting out.

If there is a danger of smallpox reemerging in Siberia, Netesov said in a statement to TRTWorld this week, it'll likely come from people who dig deeper, such as miners or oil drillers. And that's cause for alarm, as the warmer temperatures are facilitating such activities in the remote regions of the world.

"If it is true that these viruses survive in the same way those amoeba viruses survive, then smallpox is not eradicated from the planet — only the surface,” he said.

But in fact, the greatest danger from smallpox may not even come from the thaws, he says. Back in the '90s Netesov and some colleagues from the CDC discovered that smallpox genomes are very similar to those of cowpox, an ancestor of smallpox. Back then a Siberian milkmaid caught what seemed to be cowpox, but he regrets that they weren't able to determine its ultimate origins.

"'And since people are not vaccinated anymore, it is possible, as was once the case, that there will be a new transition of the virus from animals to humans," he said. "This probability is non-zero. Once it has been happened in history, it may happen again."